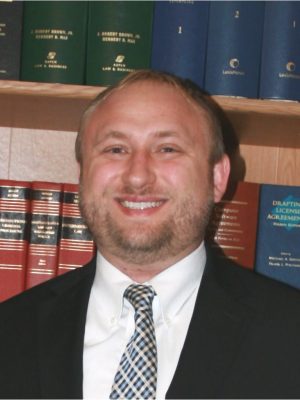 David Brundage is an intellectual property attorney licensed to practice in Maryland and is registered to practice before the U.S. Patent and Trademark Office. He specializes in patent preparation and prosecution before the United States Patent and Trademark Office. He has experience working in the technical fields of computer networking, computer hardware and software systems, cloud computing, and artificial intelligence.

Do NOT follow this link or you will be banned from the site!