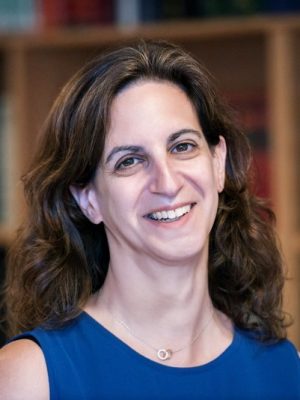 Rochelle Lieberman, Esq., is a founding member of the law firm of Lieberman & Brandsdorfer, LLC, where she specializes in intellectual property law (i.e. patents, trademarks, and copyrights). Ms. Lieberman is licensed to practice before the U.S. Patent & Trademark Office. Prior to forming her law firm, Ms. Lieberman practiced as a sole practitioner for two years. Ms. Lieberman is a graduate of the University of Miami School of Law, where she served as the President of the Student Intellectual Property Law Association and advised the Dean of the University of Miami School of Law on preparation of an Intellectual Property Law curriculum. Ms. Lieberman also served as a research assistant to Professor R. Williamson and researched a paper titled “Gathering Danger: the Urgent Need to Regulate Toxic Substances That Can Bioaccumulate.” She graduated with a Bachelor of Science in Mechanical Engineering from Columbia University School of Engineering & Applied Sciences.

Ms. Lieberman also is an active member of the American Intellectual Property Lawyers Association where she served as the Chairperson of the Women in Intellectual Property Law Committee (1999-2001), and thereafter as a Liaison for the Relations with the U.S. Patent and Trademark Office Committee to the Women in IP Law Committee. Ms. Lieberman is a member of the Pennsylvania Bar and licensed to practice before the U.S. Patent and Trademark Office and the U.S. Court of Appeals for the Federal Circuit.

Ms. Lieberman has presented papers, lectured and/or been a guest speaker at the various organizations and/or events over the years – a number of which are listed below: